“Bill has done a superb job as acting president and CEO over the past two years. He has amply demonstrated that he can lead Meridian into the future,” said Don Ariss, chairman of Meridian’s board of directors, in a release. Under Maurin’s guidance, assets under Meridian management have grown to a record level of more than $10 billion. He has forged new partnerships with other credit unions and also launched a new brand strategy and Meridian’s Commitment to Communities, through which a minimum of four per cent of the credit union’s pre-tax earnings are re-invested to grow lives and improve the communities we live in. Maurin began his career with KPMG Chartered Accountants where he held progressively senior positions after graduating with an Honours Bachelor of Commerce degree from McMaster University in 1988. He received his CA designation in 1991 and worked with the CUMIS Group for eight years, as national manager, finance and subsequently as director, finance and accounting, insurance operations before joining Meridian. TD getting new head of private wealth, financial planning CETFA elects new board leader Bill Maurin has been appointed president and CEO of Meridian, one of Canada’s largest credit unions with more than a quarter of a million members and a network of branches across southern and eastern Ontario. Maurin, who joined St. Catharines, Ont.-based Meridian in 2002 and served as vice president, finance and chief financial officer, was appointed acting president and CEO in 2012, as a result of a medical leave of the former president and CEO. Share this article and your comments with peers on social media IE Staff Related news PenderFund names new SVP for investments Keywords AppointmentsCompanies Meridian Credit Union 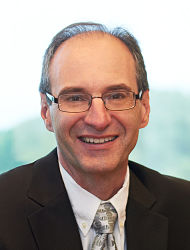